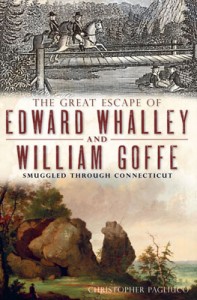 When Puritans Edward Whalley and William Goffe joined the parliamentary army against King Charles I in the English civil wars, they seized an opportunity to overthrow a tyrant. Under their battlefield leadership, the army trounced the Royalist forces and then cut off the king’s head. Yet when his son, Charles II, regained the throne, Whalley and Goffe were force to flee to the New England colonies aboard the ship Prudent Mary–never to see their families or England again. Even with the help of New England’s Puritan elite, including Reverend John Davenport, they struggled to stay a step ahead of searches for their arrest in Boston, New Haven (where they hid out in 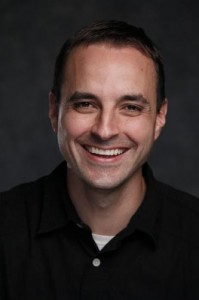 Chris Pagliuco is a freelance writer who specializes in seventeenth-century colonial history. His interest in the regicides originated in his graduate studies in history at Trinity College in Hartford, Connecticut. He teaches high school history in Madison, Connecticut and serves as town historian in Essex, Connecticut and on the editorial team of Connecticut Explored, a quarterly history publication. He lives with his wife, two daughters, and two dogs in Ivoryton, Connecticut.