What do you get when you combine Fieldstone Common host, Marian Pierre-Louis and September 13, 2012 guest Meaghan Siekman and November 29, 2012 guest Ken Lockridge? A very special day!

Today Fairbanks House Curator, Meaghan Siekman and Marian Pierre-Louis welcomed Ken Lockridge and his wife as they passed through Boston on their way from Montana to Sweden.

Ken and his wife spent the day in Dedham, Massachusetts, the subject of his book A New England Town: The First Hundred Years. Meaghan Siekman, curator of the Fairbanks House (the oldest timber-frame house in America) gave the Lockridges a tour.

The group relaxed during a fun afternoon of conversation and Ken indulged the ladies by signing all their copies of his books. 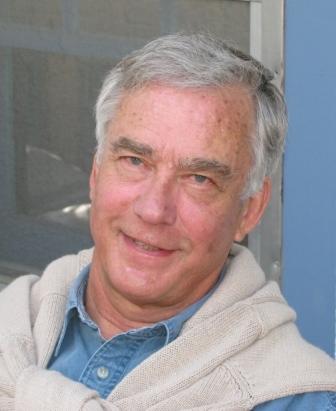 The most recent episode of Fieldstone Common featuring Professor Ken Lockridge author of the book A New England Town: The First Hundred Years is now available as a podcast.

Click here to view the show notes with detailed info on the episode.

In 1970 Professor Ken Lockridge published a book called A New England Town: The First Hundred Years. This book established an innovative way to examine and interpret developing 17th century New England towns. The book allowed us to look at these early colonists as people rather than simply names and dates. In addition, works published at the same time by his colleagues Demos, Greven and Zuckerman helped set off a new interest in the history of early America.

Join Marian Pierre-Louis, host of Fieldstone Common, as she discusses the start of Professor Lockridge’s career with A New England Town and then progresses through 40 years of his fascinating historical projects.