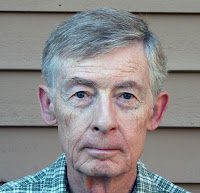 The most recent episode of Fieldstone Common featuring a discussion with Joe Manning about the Lewis Hine Project is now available for download as a podcast.

Here are sample photos from the Lewis Hine Collection housed at the Library of Congress.  Some of these are photos which Joe Manning will be talking about in his Fieldstone Common Interview today at 1pm EST.

Photos taken by Lewis Hine, courtesy of the Library of Congress.

Join Fieldstone Common host, Marian Pierre-Louis, this Thursday as she speaks with Joe Manning about his fascinating Lewis Hine Project.

For the past seven years, Joe Manning has been conducting the Lewis Hine Project, an effort to track down and interview the descendants of child laborers photographed by Lewis Hine in the early 1900s. His work has resulted in stories about the lives of over 300 of those children. The project has been featured on numerous National Public Radio news and interview programs, and in a lengthy article in Yankee Magazine. It is now also a current exhibition at the Lawrence, Massachusetts History Center.

Lewis Hine photo courtesy of the Library of Congress.