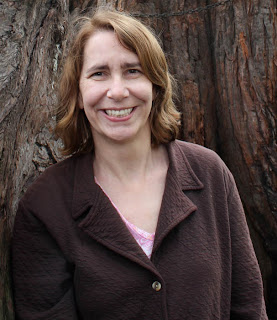 Following are some items that were mentioned during the 8 November 2012 Fieldstone Common interview with Prof. Jennifer L. Anderson, author of Mahogany: The Costs of Luxury in Early America.

You can learn more about Jennifer L. Anderson from her staff page in the history department at SUNY Stony Brook.

Mahogany: The Costs of Luxury in Early America was published by Harvard University Press and copies are available for sale through Amazon.com and other booksellers.

Professor Anderson’s next research project/book will look at Long Island and its relationship to the Atlantic coast.

The most recent episode of Fieldstone Common featuring author Jennifer L. Anderson speaking about her book Mahogany: The Costs of Luxury in Early America is now available as a podcast.

Listen in to Fieldstone Common this week as host Marian Pierre-Louis talks to Prof. Jennifer L. Anderson, author of Mahogany: The Costs of Luxury in Early America.

In the mid-eighteenth century, colonial Americans became enamored with the rich colors and silky surface of mahogany. This exotic wood, imported from the West Indies and Central America, quickly displaced local furniture woods as the height of fashion. Over the next century, consumer demand for mahogany set in motion elaborate schemes to secure the trees and transform their rough-hewn logs into exquisite objects. But beneath the polished gleam of this furniture lies a darker, hidden story of human and environmental exploitation.

Mahogany traces the path of this wood through many hands, from source to sale: from the enslaved African woodcutters, including skilled “huntsmen” who located the elusive trees amidst dense rainforest, to the ship captains, merchants, and timber dealers who scrambled after the best logs, to the skilled cabinetmakers who crafted the wood, and with it the tastes and aspirations of their diverse clientele. As the trees became scarce, however, the search for new sources led to expanded slave labor, vicious competition, and intense international conflicts over this diminishing natural resource. When nineteenth-century American furniture makers turned to other materials, surviving mahogany objects were revalued as antiques evocative of the nation’s past.

Jennifer Anderson is Assistant Professor of History at the State University of New York at Stony Brook.