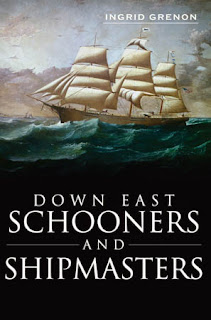 Nothing is more iconic of Maine than the image of a majestic vessel—masts raised—gliding through the fog on the dark North Atlantic. From the early days of the search for a Northwest Passage to the quest for the mysterious and illusive Norumbega, the history of Mount Desert Island, Hancock, Bar Harbor and the rest of the Down East area has always traveled on schooners. Now, in the twenty-first century, these ships and their heritage are being preserved, and Mainers are sailing aboard them once again. In this collection, author Ingrid Grenon presents the most important and incredible stories from the decks of Down East’s schooners, revealing how these remarkable vessels and Down East Maine are tied together. 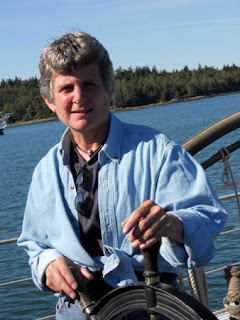 Ingrid Grenon was born in Maine, where she grew up in proximity to many treasures of previous centuries. Ingrid currently resides in southeastern Massachusetts, where she owns a small horse farm and is employed by the State Department of Developmental Disabilities. She holds a degree in psychology, as well as a degree in equestrian science, and also has a riding master’s degree. In addition, Ingrid has a diploma in horseshoeing science from Oklahoma Farrier’s College. She is also a published poet.