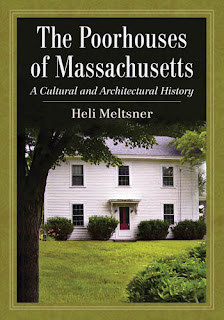 Listen in to Fieldstone Common this week as host Marian Pierre-Louis talks to Heli Meltsner, author of The Poorhouses of Massachusetts.

Ever since the English settled in America, extreme poverty and the inability of individuals to support themselves and their families have been persistent problems. In the early nineteenth century, many communities established almshouses, or “poorhouses,” in a valiant but ultimately failed attempt to assist the destitute, including the sick, elderly, unemployed, mentally ill and orphaned, as well as unwed mothers, petty criminals and alcoholics.

This work details the rise and decline of poorhouses in Massachusetts, painting a portrait of life inside these institutions and revealing a history of constant political and social turmoil over issues that dominate the conversation about welfare recipients even today. The first study to address the role of architecture in shaping as well as reflecting the treatment of paupers, it also provides photographs and histories of dozens of former poorhouses across the state, many of which still stand. 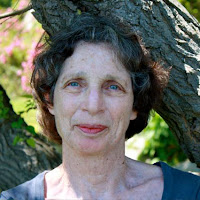 Heli Meltsner, the curator of the Cambridge Historical Society, has been a town planner and a preservation consultant, undertaking numerous nominations to the National Register of Historic Places and historic resource inventories for municipalities and state agencies. She lives in Cambridge, Massachusetts. 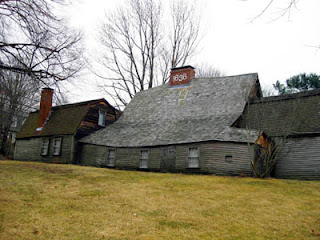 The Fairbanks House in Dedham, Massachusetts

Following are some notes on items that were mentioned during the 13 September 2012 interview with Meaghan Siekman, curator of the Fairbanks House (the oldest timber-frame house in America).

Next year’s Fairbanks Family Reunion will be held August 10, 2013.

The Genealogy of the Fairbanks Family in America, 1633-1897 by Lorenzo Sayle Fairbanks is available online in digital format. 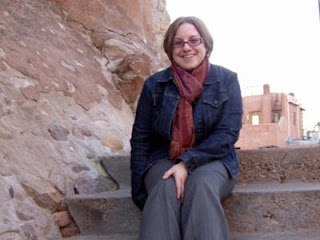 The best published source for information about the Fairbanks House is The Fairbanks House: A History of the Oldest Timber-Frame Building in New England by Abbott Lowell Cummings.  Two copies of the book that were given away as door prizes were generously donated by its publisher, the New England Historic Genealogical Society.

The Fairbanks House offers tours Tuesday through Saturday, 10:00am-4:00pm and Sundays 1:00-4:00pm, May through October each year.

Special 90-minute tours are being given by the curator, Meaghan Siekman. Contact the Fairbanks House for information on dates and times or call 781-326-1170.

The Fairbanks House in Dedham, Massachusetts, built c. 1637 is the oldest timber-frame house in America. It was unique for being owned and lived-in by 8 generations of the Fairbanks family. No other family ever lived in this house. But this house is not just the best preserved 17th century home, it also demonstrates the changes that have occurred in New England and American history over 372 years.

On Thursday, September 13, 2012 Fieldstone Common host, Marian Pierre-Louis, will speak with Fairbanks House curator, Meaghan Siekham. Meaghan will explore many topics that bring the history of the Fairbanks House alive including the mysteries of the house, Puritan Superstitions, the lives of women at the house and much more.

Tune in live to be eligible to win one of two copies of the book The Fairbanks House by Abbott Lowell Cummings generously donated by the New England Historic Genealogical Society. We’ll also be giving out two pairs of tickets to tour the Fairbanks House.