This week on Fieldstone Common our featured guest is Gary Shattuck, author of the book Artful and Designing Men: The Trials of Job Shattuck and the Regulation of 1786-1787. This book explores the topic of Shays’ Rebellion, an uprising of farmers in Massachusetts, that protested unfair tax collection in the economically unstable times following the Revolutionary War.

Gary Shattuck is a native of Nashua, New Hampshire. He grew up on the west coast and 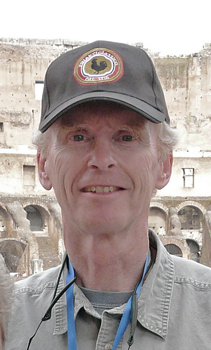 He served thirty-five years in the law enforcement community as a supervisor with the Vermont State Police, an Assistant Attorney General for the State of Vermont prosecuting cases for the Drug Task Force, and then with the United States Department of Justice as an Assistant United States Attorney in the District of Vermont working on guns, drugs, and organized crime matters. Following the events of 9/11, he was named anti-terrorism coordinator for the district. He has also served in Kosovo and Iraq working to re-establish their court systems following those particular conflicts. He retired from the department in 2006.

Gary has just completed his second book concerning the devastating effects of Jefferson’s Embargo of 1807 on those living in northern Vermont and which resulted in the murders of three individuals, including two government officials, in the summer of 1808. It will be released in 2014.

It is not often that descriptions of historical events can be rewritten absent compelling evidence that those past accounts were somehow in error. But that is precisely the result when new-found court documents, presumed to not even exist, shed surprising new light on the involvement of Capt. Job Shattuck, one of the principal leaders in the event history has come to call Shays’ Rebellion. In Artful and Designing Men: The Trials of Job Shattuck and the Regulation of 1786-1787, Gary Shattuck (half-nephew, seven generations removed) delves deeply into the significant contributions made by this charismatic and well-respected veteran of the Seven Years’ War, the Revolutionary War, and community member as he transitioned from peaceful town father to protest leader. Tried and sentenced to death for high treason, shocking new information provided during his trial now forces a reassessment of this honorable man’s actions, resulting in the deserved rehabilitation of a reputation that history has denied until now. 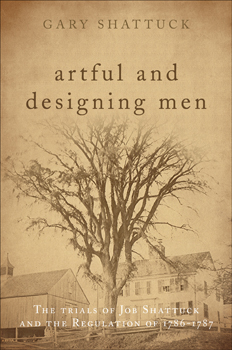 Title: Artful and Designing Men: The Trials of Job Shattuck and the Regulation of 1786-1787

Artful and Designing Men is available for purchase from Amazon.com and other booksellers.

In this interview we discuss how this book came to be – when no records were supposed to exist – and yet Gary Shattuck found them. Those records, court documents, were resting quietly for years at the Massachusetts Historical Society waiting to be found. The documents redefined Shays’ rebellion and Job Shattuck participation in the event.

The story also follows the parallel lives of the Shattuck and Prescott families starting in the 1600s and becoming quite dramatic as the families take opposite sides in Shays’ Rebellion.

This interview will not only explain what Shays’ Rebellion is but will clarify its importance in the development of the constitution and the way the elite interacted with the populace as the United States slowly became an independent country.

Two copies of Artful and Designing Men were given out to the Fieldstone Common audience courtesy of Tate Publishing.

Congratulations to our winners and thanks to the Tate Publishing for their generosity in donating the books!