This week on Fieldstone Common our featured guest is Diana Ross McCain, author of the book Mysteries and Legends New England: True Stories of the Unsolved and Unexplained. 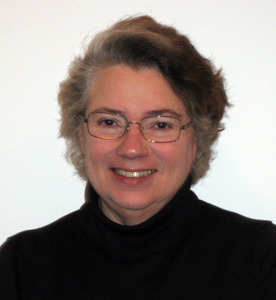 Diana Ross McCain has written about Connecticut’s past for more than 25 years and holds bachelor’s and master’s degrees in history. A frequent contributor to Early American Life and Connecticut magazines, and The Hartford Courant, McCain wrote the award-winning publication To All on Equal Terms, the story of Connecticut’s official state heroine, Prudence Crandall. She is the head of the Research Center at the Connecticut Historical Society.

Have you ever heard of the Leather Man who wandered a 365 mile route through Connecticut and Eastern New York? Is there any truth to the tale of Captain Kidd’s treasure being buried in New England? What was the terrifying fear of 19th century Americans? Mysteries and Legends New England contains thirteen mind-boggling tales from Maine, New Hampshire, Connecticut and Rhode Island. From vampires to an angel, a ghost rapper to a phantom ship, Mysteries and Legends of New England pulls back the curtain on some of the region’s most fascinating and compelling stories. 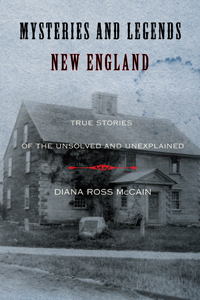 Title: Mysteries and Legends New England: True Stories of the Unsolved and Unexplained

Trade paperback; 181 pages with bibliography, index and some BxW photos and illustrations.

Mysteries and Legends New England: True Stories of the Unsolved and Unexplained is available for purchase from Amazon.com and other booksellers.

In this interview we explore in-depth the story of the mysterious Leather Man who walked a 34 day route through 365 miles of Connecticut and Eastern New York and how he became a familiar face and a legend during his lifetime. We also look into the curious but very real fear that 19th century Americans had of being buried alive despite the fact that there were very few documented cases of it actually occurring. Are you familiar with the story of Captiain Kidd? He was more than just a pirate legend! He was a gentleman with a wife and daughter living in New York City until things went very, very wrong. And let’s not forget the discussion on concealed garments and shoes. The tradition, brought over from England, was that these items would be tucked into the walls of houses during construction to ward off evil spirits or to bring good luck.

At the end of the interview Diana tells us about the Connecticut Historical Society and the amazing historical and genealogical resources available there. She also mentions some of her other books which are listed here:

Two copies of Mysteries and Legends New England were given out to the Fieldstone Common audience courtesy of the Globe Pequot Press.

Congratulations to our winners and thanks to the Globe Pequot Press for their generosity in donating the books!