Here are some items that were mentioned during the 15 August 2013 Fieldstone Common interview with Joanne Hulbert and David Allen Lambert on the topic of Why Baseball Matters.

David Allen Lambert discovered that negro league player, Silas Simmons, was still alive in 2005.  Silas was born about 1895. That means that when David discovered him he was 110 years old. David was there at his 111th birthday celebration to present him with a plaque for his contribution to baseball. Simmons died just two weeks later.

David also talked about his research into the mysterious death announcement of former baseball player, Bill Henry.  David was suspicious that the man who died in Florida was not the same as the baseball player he knew who was living in Texas. It turned out that Bill Henry was alive and well and the man who died in Florida was an imposter who had claimed to be him.  David helped prevent Red Sox Nation from mourning the loss of one of its own that hadn’t actually died.

Joanne talked about how baseball language has worked its way into every day American life such as in phrases like “out in left field.”

Joanne lives in Mudville in Massachusetts which is also the location for the poem Casey at the Bat by Ernest Thayer. She is also a member of the Society for American Baseball Research (SABR) and is the co-chair for the Baseball and the Arts Committee. In that capacity she researches poems about baseball and makes them available to SABR members.

Joanne has written an article on the Medway Unions vs. the Upton Excelsiors early baseball game which is the 2nd longest game in baseball history. It was played by the Massachusetts game rules which are different than the current MLB rules which on based on the New York game. Joanne’s article is featured in a book called Inventing Baseball: The 100 Greatest Games of the 19th Century (SABR, 2013). She has also written numerous biographies about baseball players, her favorite being of Red Sox player, Billy Consolo.

On August 29th Fieldstone Common will have a 1st anniversary celebration and give away 12 books during that one hour episode. Make sure you are on the Fieldstone Common mailing list to qualify for as many of the books as possible. 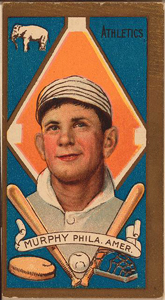 Did you know that baseball in America started before the Civil War? We’ll be talking about old-time baseball, how it caught on in the United States and why it is so important.

Joanne Hulbert is the author of Holliston, A Good Town. She is co-chair of the Society for American Baseball Research’s (SABR) Baseball and the Arts Committee and

co-chair of SABR’s Boston Chapter group. She is the author of numerous historical baseball articles and player biographies. She resides in Mudville, a venerable, old neighborhood of Holliston, Massachusetts, a town rich in early baseball history. And, contrary to the popular presumption, there can be joy in Mudville.

David Allen Lambert is the Chief Genealogist for the New England Historic Genealogical Society, and has served on the staff since 1993. His interest in genealogy started at the

young age of seven, and has increased over the past four decades. He has published various articles in the New England Historical and Genealogical Register; the New Hampshire Genealogical Record, Rhode Island Roots, The Mayflower Descendant, and American Ancestors magazine. He is the author of A Guide to Massachusetts Cemeteries, and four other titles.