This Thursday on Fieldstone Common we will speak well known New England Genealogist David Allen Lambert. During this interview we will discuss some of David’s favorite research topics such as New England cemeteries, Native Americans and African Americans. We’ll probably even talk a bit about baseball too! 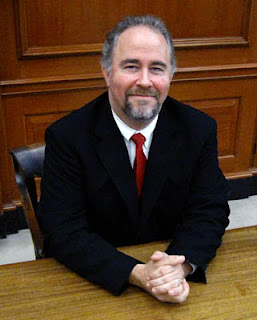 His genealogical expertise includes New England and Atlantic Canadian records of the 17th through 21st century; military records; and Native American and African American genealogical research in New England. He has published A Guide to Massachusetts Cemeteries (NEHGS, 2009), and ), and various volumes of his hometown of Stoughton, Massachusetts. He recently collaborated with historian Maureen Taylor on a volume of photographic images of the Revolutionary war period – The Last Muster (Kent State University, 2010).
David has been a Civil War re-enactor for the 12th Massachusetts Infantry. He is a Life Member of the New Hampshire Society of the Cincinnati. He is currently the tribal genealogist for the Massachuset-Punkapoag Indians of Massachusetts. He serves as Vice President and served on the Board of Directors for the Stoughton Historical Society, of which he has been a member since the age of 10. David is currently authoring the vital, church and cemetery records for the town of Stoughton, Massachusetts.
Copyright 2012-2013 Marian Pierre-Louis