The most recent episode of Fieldstone Common featuring a discussion with Martin Hollick about his book New Englanders in the 1600s: A Guide to Genealogical Research Published Between 1980 and 2010 is now available for download as a podcast.

What is Fieldstone Common?

Fieldstone Common is a new radio show featuring host, Marian Pierre-Louis.  The show is broadcast live every Thursday at 1pm EST and lasts for 60 minutes.  Authors, historians, curators, archivists, genealogists and other stewards of history are interviewed about their books or projects.  The show is recorded and made available as a podcast after the live episode on the show website.

Each week door prizes will be given away to the live listeners. This will typically include two books written by the author who is being featured on Fieldstone Common.

Where do I find Fieldstone Common?

Fieldstone Common is hosted on the Blog Talk Radio platform. You will not find it on a traditional radio station. It is broadcast live over the internet.  That means that anyone in the world can listen to the show as long as they have an internet connection. The web address for Fieldstone Common is www.blogtalkradio.com/FieldstoneCommon.

How do I listen to Fieldstone Common?

In order to listen to the live episode you need to go to the Fieldstone Common page then click on the link for the next upcoming show.  On the next page, click the PLAY button.

The show should start broadcasting automatically in the default media player on your computer.  You can use the same method to listen to archived podcasts of previous shows. 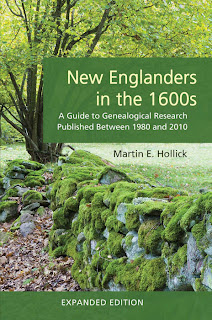 For Immediate Release
20 August 2012
New Live Radio Show to feature Authors and Historians with a Passion for New England History
MILLS, M.A. (August 20, 2012) – Professional genealogist and house historian, Marian Pierre-Louis has developed a new history and genealogy radio show called Fieldstone Common. The live 60-minute show will feature authors, historians, curators and others whose passion is to keep New England history alive. Shows will be broadcast through Blog Talk Radio (http://www.blogtalkradio.com/FieldstoneCommon) and made available afterward via podcast.
The inaugural episode airs on Friday, August 24, 2012 at 1:00pm EDT. The show premiere will feature Paul Della Valle, author of Massachusetts Troublemakers: Rebels, Reformers and Radicals from the Bay State.
About Marian Pierre-Louis:
Marian Pierre-Louis is a professional genealogist and house historian who shares her love of New England history through her research, blogs and social media.
Copyright 2012-2013 Marian Pierre-Louis